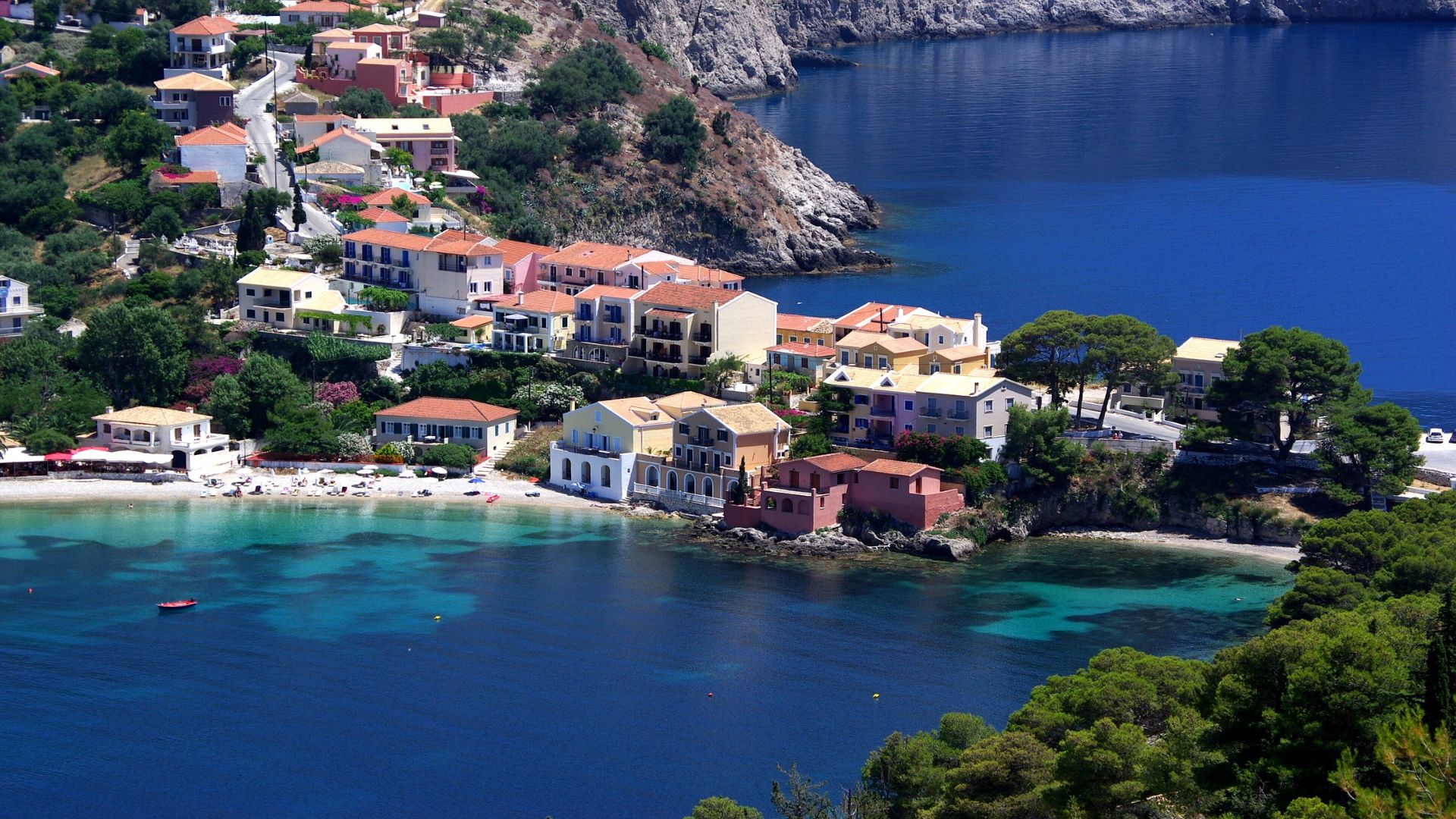 If you are interested in what the top 10 things to do in Kefalonia are, then by all means read on. Our homeland is blessed with incredible natural beauty and brimming with charming villages and cultural points of interest. At Meliti Waterfront Suites, we know the island like the back of our hand and it is our local insight that will help you decide where to begin. What’s more is, our wonderful location in Karavomilos is the ideal base for discovering these top 10 things to do in Kefalonia, being well connected and close by to many of the island’s attractions.

Top 10 things to do in Kefalonia

Let’s take a closer look so that you can plan your “best of” Kefalonia sightseeing itinerary, having been well informed through our top 10 picks.

Our previous post is dedicated to the best beaches in Kefalonia, and rightly so. They are true paragons of the island’s immense natural beauty, and this is why they appear at the top of our list about the best things to do in Kefalonia. A fun fact you probably didn’t know – Kefalonia has around 40 beaches to choose from and that is reason enough to return to Kefalonia time and again. We recommend you start by visiting Myrtos, Petani, Pessada and Xi beaches which are the most stunning of them all. 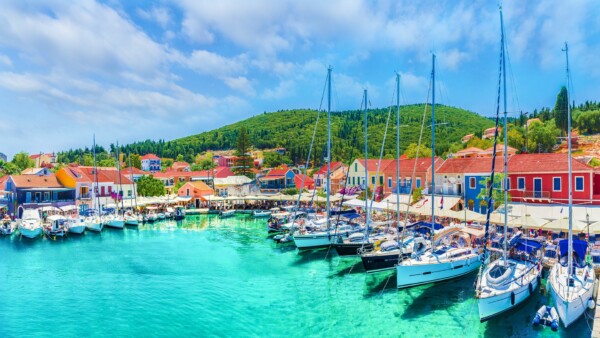 There are literally no words to accurately describe the feel of Melissani Lake Cave. It is one of nature’s marvels, located just 500m from Karavomilos where we are located. It is unique, not only to Kefalonia but also the world. It is a fairly small sea cave with an open roof that allows the sun to play around with the reflections of light against the rippling surface of the water. You can go on a short tour of the lake via rowboat which you can board at the entrance. Kids will love this mini sea excursion while it is not recommended for people with mobility issues since there are a fair amount of steps to get to the rowboat. 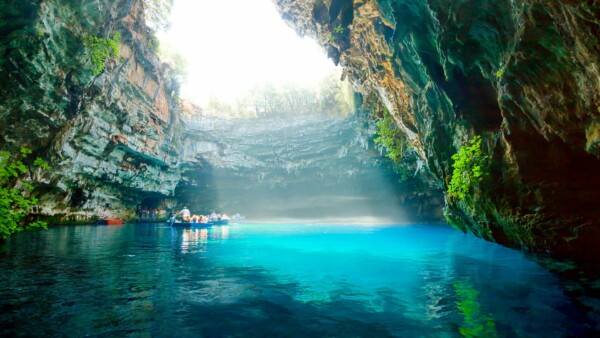 Discovered 300 years ago, the entrance to the Drogarati cave was only revealed following an earthquake. A rare geological phenomenon, nature lovers especially will love to spend a couple of hours exploring the stalactites and stalagmites of this ancient cave which speleologists believe to be 150 million years old! It is an expansive cave which is separated into two parts; the part closest to the entrance which is accessible to tourists and a mysterious, inner part which is closed off for the public, where geologists are still doing research. The accessible part also features a Chamber of Exaltation, where, occasionally, cultural events take place. 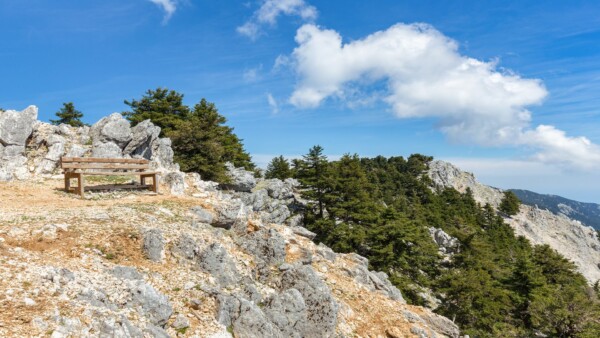 4. The charming village of Sami

Next up on our list of the things to do in Kefalonia is a visit to the charming village of Sami. Surrounded by a dreamy landscape of imposing, verdant hillsides, Sami is by the sea and enjoys a lovely waterfront which is brimming with a plethora of stores, shops, restaurants, bars, cafes and tavernas. It has wide, paved streets instead of the typical narrow alleys where you can witness buildings and houses of different architectural styles, a testament to the rich heritage of Kefalonia. Home to one of the island’s most impressive monasteries, that of Agrilia, during the summer the municipality organizes a series of entertainment events which you should not miss. Fun fact about Sami, it is one of the locations that “Captain Corelli’s Mandolin” was filmed!

5. The quaint harbour of Fiscardo

One of the most iconic harbours in the entire Ionian island cluster, Fiscardo is a seaside village located on the north eastern tip of Kefalonia. Most of village life is centered around the waterfront which is usually dotted with fishing and sailing boats during the summer months. Here you can observe a series of pastel-coloured, Venetian houses with a backdrop of an evergreen, dense forest, which is a protected area. Visit during the day for getting the best captures of the quaint Fiscardo harbour.

6. The colourful village of Assos

Assos village is one of the most picturesque of all the 365 villages that Kefalonia has. Located on the north western side of the island, in a beautiful sheltered bay, Assos has gained worldwide attraction because it is very instagrammable. The colourful little houses that cascade down the hillside are strewn along the waterfront dotted by anchored yachts; absolutely picture-perfect. In Assos you will also find the remains of a 16th century Venetian castle which history and culture lovers will find interesting. The beach on Assos bay is pebbly and offers visitors the opportunity of a quick dip in between saunters through the quaint alleys. 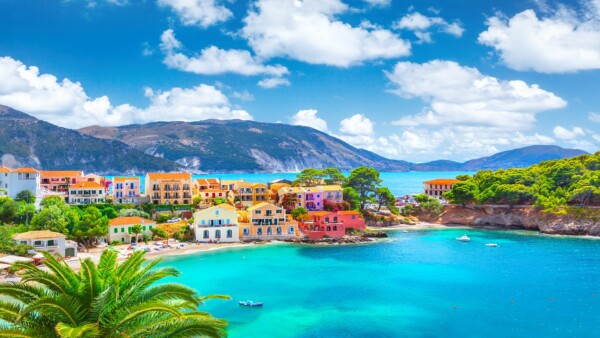 Mount Aenos is the tallest mountain in Kefalonia and offers some spectacular views over the landscape that surrounds it. The mountain is a protected area and provides enjoyable routes which are clearly marked and fairly easy to walk, provided this is not your first ever hike. There are plenty of things to witness if you decide to walk the trail. The scenic routes that reveal gorgeous vistas, paths through a forest where you see the wild goats in their natural habitat as well as various break points with benches where you can pause to refuel whilst enjoying the great view. It is not always fully accessible especially in peak summer months, so it’s best to check before you make the journey.

The monastery is known to be the residence of the patron saint of Kefalonia, Agios Gerasimos, who achieved sainthood after his death in 1662. He was known for performing miracles and curing mental disease and pilgrimages to Agios Gerasimos Monastery are the most sacred in all of the island. The original structure was built around the mid 1500s and today it has been largely reconstructed. Interesting points are the cave beneath the monastery which has two rooms, which were the living quarters of Agios Gerasimos himself. The plain tree he planted so many years ago still stands there today.

Perched on the summit above the village of Perotata, 7km from Argostoli, you’ll find the imposing Agios Georgios Castle, originally built by the Byzantines in the 12th century. During the Venetian rule in the 16th century the castle was embellished upon, however, sieges, conquests and natural disasters have cumulatively taken a toll on the structure and only some ruins remain today. Kids will love walking through what remains of the castle grounds as they imagine tales of all the things that once transpired in that very place. 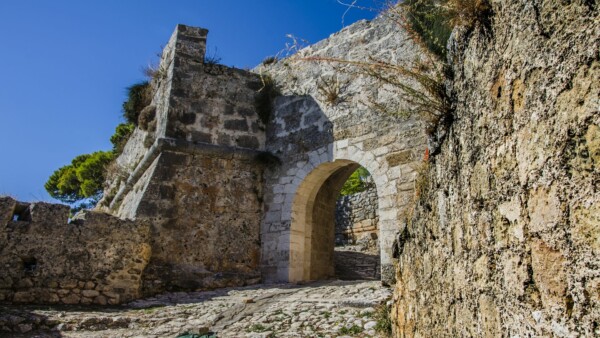 Visit the homeland of the Homeric protagonist, the legendary Odysseus, with an island excursion from Kefalonia to the neighboring Ithaca. Exalted by the mythical Odyssea fable that goes back thousands of years, your holidays in Kefalonia give you the chance to discover this small island that inspired Greek mythology. It has a fantastic laid-back ambiance, a lovely little port with a few tavernas along the waterfront, many tiny coves of crystalline waters and some fantastic beaches to enjoy.